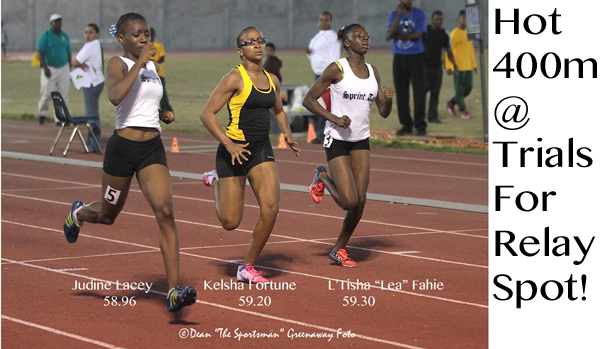 MARCH 4—A by product of track and field’s growth and development, will see for the first time since the territory began participating in the Carifta Games in 1976, the BVI Athletics Association holding its Carifta Games Trials—which also serves as the National Jr. Championships—over two days.

There will be three sessions over the two days of competition.

In addition to athletes on clubs from Tortola and Virgin Gorda, participants are expected from St. Thomas and St. Croix.

Activities starts with a technical meeting at the Multipurpose Sports Complex at 6 p.m. on Wednesday. Competition in both U17 and U20 divisions starts at 5:30 p.m. on Friday, and will include the 100m semis and finals, the 400m heats and 1500m finals on the track.

The Javelin Throw, High Jump and Triple Jumps, and the first two events of the Pentathlon will also be contested.

This year’s Carifta Games, which began in Barbados in 1972, will be held in Nassau, Bahamas, March 30-April 1.

The territory’s athletes won a record five medals last year and 25 medals have been earned in the championships since 1978.