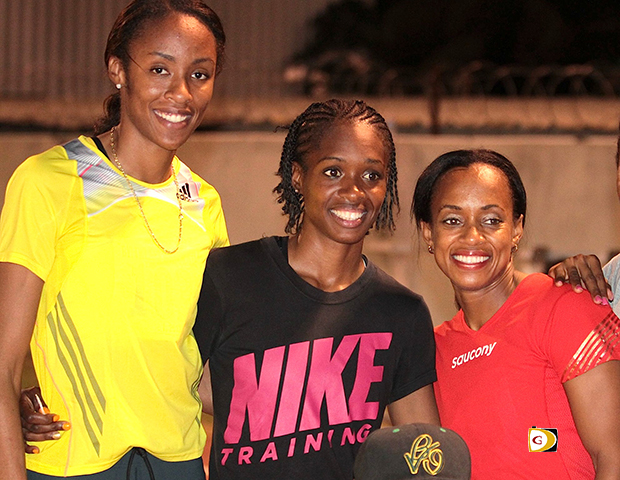 JUNE 24—Sprinter Karene King became the third British Virgin Islands athlete to qualify for the Aug 10-18, IAAF World Championships in Moscow Russia, when she hit the mark in the prelims of the 200m on Sunday afternoon during the Trinidad and Tobago National Championships.

King’s time lowered her 23.35 wind legal best run twice this season the last time In the June 1, BVI Twilight Invitational. She followed up with a wind aided 22.85 to win the OECS Invitational in St. Kitts—a race that had a +3.3 wind—in a string of windy races after she had run under 23.30 several times.

“I saw the time but I didn’t find out till a while after that it was legal,” King noted with her first utterance being God is good. “I was just thankful that all the work paid off and now I can just focus on technical mistakes and just getting better.”

King said she felt the pressure trying to qualify as opportunities dwindled and tried to be patient because everything was in God’s hands. “It was becoming very hectic and I know the time was coming close and I was pressing with the hard work and everything else.”

King is among six athletes set to represent the BVI at the CAC Sr. Championships in Morella, Mexico, July 5-7.  She said while she has now qualified for Worlds, she has worked so hard and come so far but she’s not satisfied. “I’m happy that I’ve qualified for Worlds, but at the same time, I want to see how far I can go. I’ve been to the CAC Games and CAC Championships, but I’ve never done what I wanted,” she noted. “I want to improve on my times. Improve on my technical aspects and see what more I can do this season.”

King joins Tahesia Harrigan-Scott who has qualified in the 100m and Long Jumper Chantel Malone as the athletes punching their tickets to Moscow.

Malone is coming off a winning leap of 6.57m in the Jamaica National Championships on Saturday.