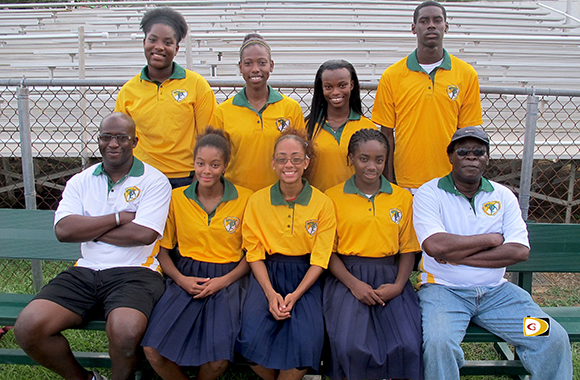 Kyron McMaster—the only male on the team and a Carifta Games U17 Boys 200/400m finalist—will be the other athlete doubling at the championships. McMaster has posted career best marks of 22.41 and 48.14 respectively.

Huggins, who has secured Carifta Games medals each of the last three years will be joined in the 100m by Taylor Hill who has run a season’s best of 12.08. Jonel Lacey, with a 24.68 best in the 200m will be the territory’s other representative with Huggins in the deuce.

The lone athlete competing in the field events will be Trevia Gumbs who won Carifta Games U20 Girls Shot Put bronze, after a silver medal in the U17 Girls division in 2012. Gumbs’ best heave this season is 14.03m with the 3K implement after preparing for Carifta with the 4K ball.

The BVI Athletics Association thanks the Director of the BVI London Office Kedrick Malone and Nicholas Jeria, for their role in facilitation the delegation with Ukrainian visas.