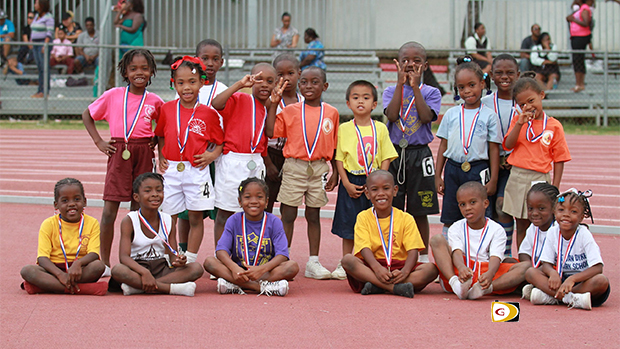 Primary Schools across the territory will have three days of Zonal competitions in the next week, leading up to Inter Primary on March 14

FEBRUARY 20—Primary Schools across the territory completed their respective inter-house track and field championships between Feb 1 and 17 as a new format is being introduced for this year’s Inter Primary Schools Track and Field Championships scheduled for Thursday, March 14.

The first to see action will be schools grouped in Zone III who will open competition at 10 a.m. on Friday, Feb 18, with Zone II scheduled for Feb 25 and Zone I on Feb 28.

As in the past, the process began with each school hosting their respective inter-house competitions. This year, these competitions saw two schools simultaneously having their Inter –House Championships—but not competing against each other in individual events only in relays. Six schools had their championships on Tuesday on Tortola and Virgin Gorda, respecrtively.