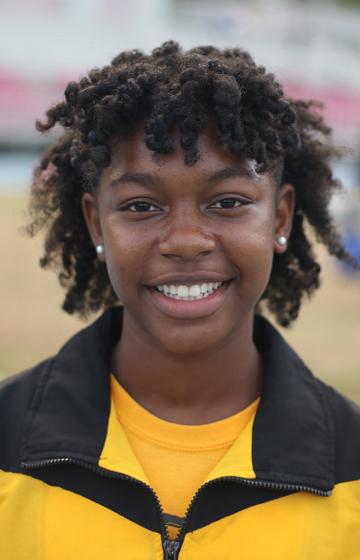 Soon to be 15-year old Hutchinson equaled the National High Jump Record of 1.65m, first established by Virgin Gorda's Tkola Creque in 1994 and matched by Chantel Malone in 2008, when she cleared the height on her second attempt.

Hutchinson who entered the competition with a best of 1.61m got over the bar at 1.68m, but was still on the High Jump bed when the bar fell off and was not credited with the outright record.

In the same event, Malone's sister Xiomara-soon to be 14-finished second in a personal best of 1.60m, improving on her previous mark of 1.56. It's the fifth best performance by a BVI athlete behind Creque, Malone, Hutchinson and Pat Archibald.

The competition that continues at 10 a.m. this morning with the Discus Throw and the 200m semifinals.

Live meet results powered by Digicel, can be found on http://files.milesplit.us/live_results/228177/index.html