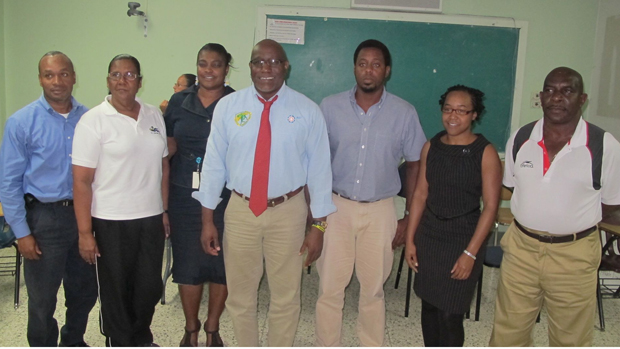 OCTOBER 16—A new British Virgin Islands Athletics Association Executive Committee was elected during Monday night’s General Meeting at which Elections were held for officers over the 2012-2016 quadrennial.

Dean “The Sportsman” Greenaway was elected for a second term, defeating Karl Scatliffe, 24-13.

Steve Augustine took the post as the new Vice President, by acclimation—one of three post in which officers were elected in that fashion.

Delva Thomas is the new General Secretary, after garnering a 22-15 advantage over Angeleta Bernard, who is the Assistant Secretary. Thomas replaced retiring General Secretary Stephanie Russ Penn, who had been in the post since 2003 and was thanked for her service to the organization.

Willis “Chucky” Todman is the new Treasurer, after getting the nod with a 25-12 margin over Wendel “Pow” Gaskin.

Adriana Herbert—who was part of the 2008-2012 Executive Committee—was unchallenged for the post of Athletes Liaison, while Paul Hewlette took the Public Relations Officer’s post by acclimation.

Members of the outgoing committee will meet with the new Executive Committee, to ensure a smooth transition and the further growth and continued development of the sport.