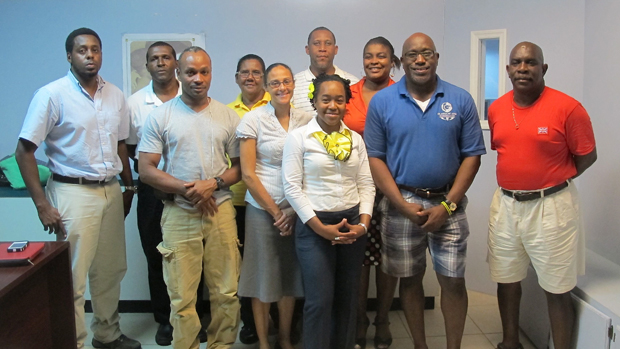 OCTOBER 18—Just two days after the BVI Athletics Association elected a new Executive Committee for the 2012-2016 quadrennial, executives from both the 2008-2012 and 2012-2016 periods met on Wednesday night at the Department of Youth Affairs and Sports for a formal hand over.

Prior to the October 15 General Assembly and Elections, the outgoing Executive Committee decided it would work hand in hand with the new members during the transition process.

To that end, a 2013 calendar was completed and a quarterly plan outlining the various events and activities along with key deadlines for the association that governs track and field, road racing and race walking in the territory, had been put in place for the benefit of the new team.

The productive 2-hour meeting was designed to foster the continued growth and development of the sport and benefit all involved especially the athletes.

There will be further discussions between key members of both old and new executives to ensure a thorough and transparent process.

Besides sharing their experience, outgoing members pledged to stay involved with the activities of the association and will always be opened for discussion.