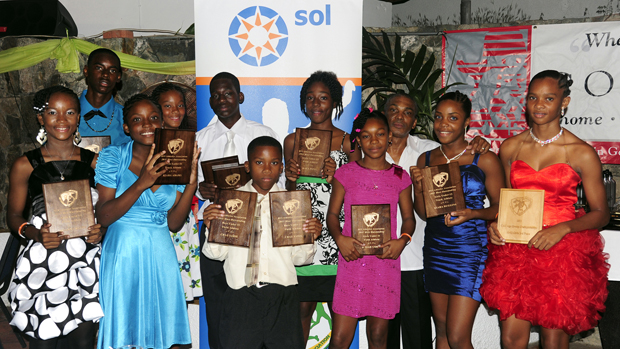 NOVEMBER 28—The BVI Athletics Association is gearing up to recognize its athletes who made national teams during the 2012 season, when it holds its fourth Athletes Awards Recognition Gala on Friday, December 28.

A record 71 athletes represented the territory in competitions this season and all will be invited to the event, where the division awards will be presented as well as the association’s partner Sol, presenting awards to athletes establishing National Records during the season and the Sol Athletes of the Year in Youth, Junior and Senior Divisions.

Including relay teams, some 21 athletes were part of National Record performances at the Youth, Jr. and Sr. levels and will be collecting awards from Sol.

Lifetime Achievement awards will be presented to the territory’s 16 track and field Olympians who have gone to the quadrennial event between 1984 and 2012.