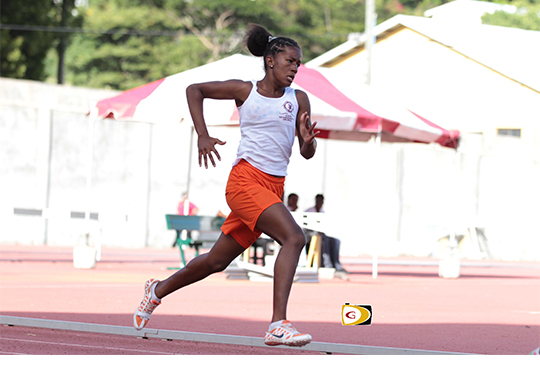 FEBRUARY 22—Alexandra Maduro and Joyce Samuel Primary Schools had the most qualifiers advancing from Zone III to the March 13 Inter Primary Schools Athletics Championships, following the start of the Zonal competition on Friday, Feb 21.

A new format is being introduced this year, with the two fastest athletes in each event from the heats, advancing to the Inter Primary Championships. All seven schools in the division have qualified athletes for the premier event including relays.

Alexandrina Maduro led the way with qualifiers in 35 of the 63 events on the program including nine relay divisions. Joyce Samuel’s athletes will see action in 29 events with eight of their relay teams going to the marquee event.

Leonora Delville which has five relay qualifiers will have participants in 14 events while Ivan Dawson is close behind with entries in 12 disciplines, three of which will be relays.

Isabella Morris will be represented in 11 events and will carry four relay teams. Virgin Gorda’s Robinson O’Neal will have one relay team among their eight events while Cedar has entries in three events including a relay.

Athletes who were third in their respective events will have to wait until Zone I is completed on Feb 28 after Zone II has action on Feb 25, to see who has the fastest time in their event and be in the showcase Inter Primary Championships in three weeks.

The Inter Primary Championships will be a straight final in each event and all eight participants will score. First through third will be awarded medals while 4th-8th place will receive ribbons. An athlete can only compete in three individual events plus the relays.