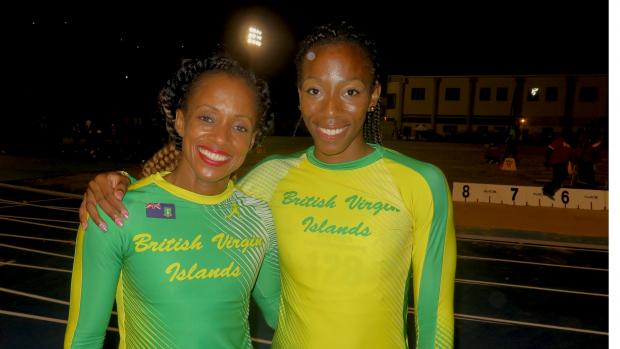 Sprinter Tahesia Harrigan-Scott left her third Olympic Games disappointed after an unlooked for performance of 11.54 seconds in her 100m heat in Rio de Janeiro, where she finished sixth. Compounding matters was the fact that the three times Olympian ran and unchallenged 11.40 days before she departed for the competition.

"I was disappointed with the race. I came in feeling extremely healthy, extremely positive and expected to run a great time-actually I expected to perform the best that I've ever performed," Harrigan-Scott said. "However, I had some issues with my calf and during the race it hindered my performances, so more disappointed than anything. I'm happy to be here but, I didn't just want to be here, but to come here and perform well and in my opinion, I didn't do that."

Prior to Rio, Harrigan-Scott said she was working on some technical things and felt good. She said the difference between that race and the one in Rio is that she was aggressive in the first part and middle of the pre Olympic race then backed off because there was no one pushing her.

"For this race, I felt like I had a really good beginning but I couldn't finish it. I couldn't get up and keep pushing towards the end and I think I lost a lot of time in the last part of the race," she explained. "I guess it was an issue that I couldn't prevent and it's just something that just happened. It was meant to be the way it was and have to accept it, but, I felt that if I didn't have that issue, I would have had a great time."

Ashley Kelly was fifth in her 200m heat on Tuesday in 23.61 seconds. She said things didn't go as well as she imagined it. "I really enjoyed the experience and was happy overall," she said. "I came out healthy so I can't be mad."

Kelly had been focusing on the first 30m of the race and the last 50m as well as her breathing and different phases of the race and her posture-something she had been working on throughout the year.

"My first 30 felt pretty good in the race and when I came up, it was a little bit distracting," she said. "I think I should have just stayed focused on the task as hand but, it is what it is. It's a learning experience."

Kelly not only had her lane but also found former Olympic champ Veronica Campbell-Brown of Jamaica running in hers off the curve, much to her surprise.

"This is not indoors," she said of the surprise. "It was just a shock initially and I focused on it a little too much and it became frustrating instead of staying to the race plan. People can say a lot of different things but I know how I felt in the race. It definitely did distract me and I didn't execute the last half of the race as I should, but, it is what it is."

Despite the race outcome, Kelly said there's a lot she has learnt and will build into her training to help her keep improving.

"I have seen what it takes to really compete at this level," she said. "Every race is a learning experience and I think I've learned a lot here in terms of the maturity level, what it takes and the physical shape that you have to be in."