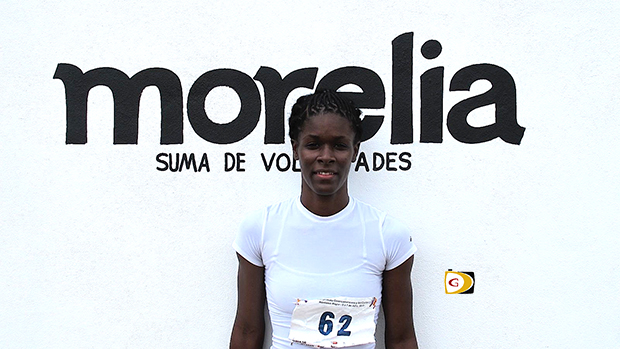 Kanishque "Kadi" Todman, after her Heptathlon

MORELIA, Mexico; JULY 6—In her first Heptathlon in 2-years, Kanishque “Kadi” Todman—not in her best condition after overcame injuries and adversity—improved her National Record in the seven discipline to place sixth in the 24th Central American and Caribbean Sr. Championships in Morelia, Mexico which wraps up on Sunday.

En route to her total, Todman bettered her score in five of the seven events when she cracked the 4000 points threshold for the first time two years ago.

“I was somewhat surprised because I haven’t rained for five of the events and I haven’t done it for while and I was off for a season,” she noted. “But it was my plan to come here and beat the past record I had even thought I wasn’t prepared for it, I was still shooting to beat it.”

Todman said as long as she gets the training in, she can go over the 5000 points mark. She said she has to improve in the Javelin and 800m—both events she did for the first time this season.

Todman said she was a bit frustrated in the beginning as she did not have her training gears as before. “I only had a Long Jump shoe and a sprint shoe and didn’t have the rest,” she noted. “I also didn’t get the proper warm up and I was cold. But, through all that, I put it aside and did what I could.”

Meanwhile, the four other BVI athletes will be in action during Sunday’s final day of competition. Ashley Kelly and Karene King, will run in heats two and three of the 200m, after drawing lanes eight and seven respectively. The first two in each heat and the fastest two times advances to the final two hours later.