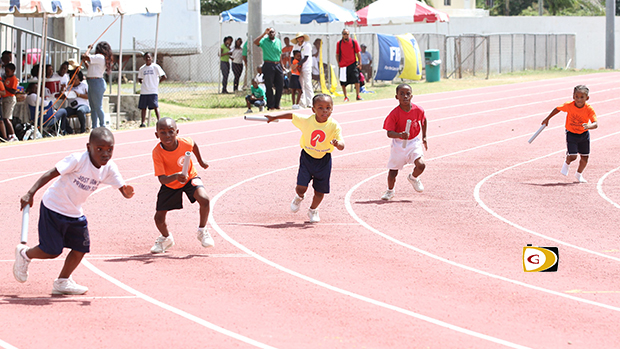 Zone I Schools compete in the Boys 4x50m Relay

FEBRUARY 28—Primary School athletes from 21 public and private institutions across the territory wrapped up the last of Zonal competitions today, with the top athletes advancing to the March 13 Inter Primary Championships.

In a spirited day of competition to see how many from Zone I will join their Zone III and Zone II counterparts in the marquee event, all seven schools in the zone advanced athletes ensuring that all 21 schools who participated in the various zones will have representatives in the showcase event.

Athletes from Zones III and Zone II who were on the bubble in third and in some cases fourth place in events, can now crunch the numbers to see who the two fastest losers are in each event as only the top two from Zone I moved on.

The Inter Primary Championships will be straight finals in all events. All eight participants will score points, with first through third collecting medals and 4th through 8th place receiving ribbons.